Eastern New Kent County is rich in natural beauty and history. The Conditional Use Permit submitted by CSC glosses over and diminishes the impact the Combat Range would have in this regard.

Once fertile hunting ground for native populations, eastern New Kent has retained much of its natural beauty. Our close proximity to the York river provides a natural habitat for deer, heron, bald eagles and other wildlife. The Combat range and the sound and light pollution generated by it would disrupt this habitat.

The CUP indicates that no historic structures are known in the area. They are mistaken!

Located directly on the proposed access road to the facility is the old Barhamsville one room schoolhouse. Constructed in 1900, the schoolhouse has been revered by generations of our neighbors. The school is lovingly maintained as a home today.

One of the school’s teachers, Mabel Richardson, lived nearby at Poplar Springs, located across from the Combat Range. Her father, John Avery Richardson, was a highly respected Baptist minister who rode “the circuit” on horseback preaching at many local churches. He was the founder of Corinth Baptist Church, a flourishing congregation at New Kent Courthouse. Poplar Springs, the Richardson homestead since 1789, is located directly across from the Combat Range. Poplar Springs has survived Union encampment during the Battle of Eltham, the Depression, droughts, hurricanes, and the ravages of time–nearly 230 years–only to be threatened by its greatest foe to date–the Combat Range. 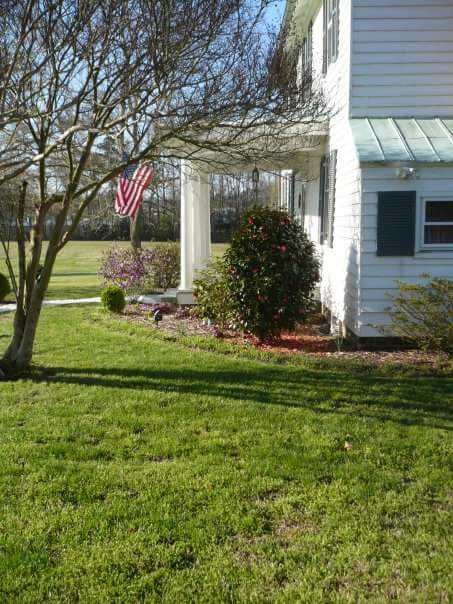 The Executive Director of Preservation Virginia wrote to the planning commission and Supervisors on behalf of our community. Read Elizabeth Kostelny’s letter here–PreservationVirginia.BarhamsvilleCUP.02.18

No Combat Range in New Kent

No Combat Range in New Kent